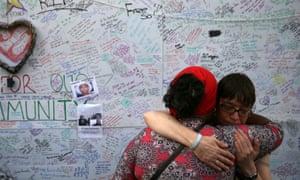 At the end of August, I finished a maternity cover post at the Regugee Council where I worked with female asylum seekers. A lot of the work was centred on trauma, in particular trauma which was the result of sexual violence. I was lucky enough to have had a fantastic supervisor who helped me to think about trauma not as post traumatic stress disorder (PTSD) but as resistance.

Rather than seeing people as passively affected by trauma, this approach looks at the way people respond to trauma. You aren’t damaged by trauma in the way that an object is if you drop it. Instead, you instinctively try to find ways to resist it. This might be rage about behaviour that has any echo of the abuse.  It might be extreme vigilance in guarding against any further possible physical threat.  These responses might be more or less helpful for you but it is important to validate the fact that resistance is taking place and that it is right that it is taking place. Something terrible and unacceptable has happened  and this needs to be acknowledged. Only once this has happened can we slowly explore what might be the most creative and empowering form of resistance for you.

Trauma responses don’t just occur in your mind but in a social context. For example, asylum seekers in the UK find themselves in a hostile environment in which their experiences are often disbelieved and in which they are threatened with return to an unsafe environment. How other people react to the trauma you’ve experienced makes a big difference to how it impacts you.

Finally, the way you respond to trauma might also show something of your own value system. If you respond with rage to anything that faintly echoes the traumatic events you might be signaling that you won’t allow anyone to degrade you again. If you’re very concerned to please and to pacify people, you might be showing how valuable safety within relationships is to you.  Of course, these particular responses aren’t necessarily the best way to realise these values. Drawing out what matters to you from your reaction to trauma can enable you to consider what kind of response might honour these values.