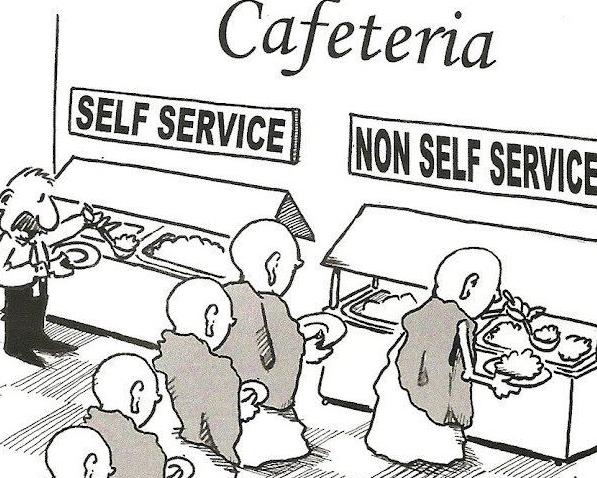 I've nearly finished reading a fantastic book called Homo Deus by Yuval Noah Harari. One of the things that he argues is that, contrary to what we might think, we don't have a core essence that we know more intimately than anyone else does. We believe that at heart we're x or y because we're always trying to impose a coherent narrative about who we are on our varied and often contradictory thoughts, feelings, behaviours and experiences of how others have behaved towards us. This narrative isn't necessarily a very accurate reflection of what we’ve experienced because we usually just remember the most intense moments and end points of a series of events and forget about everything else.

Both Buddhism and existential philosophy come to the same conclusion: there's no such thing as a stable unified self which remains the same as we go through life.

If we can accept this it has the potential to be very liberating and to dissolve some of the concerns that create anxiety, depression and other issues. It doesn't make sense to say ' I'm basically x kind of person', strong, weak, selfish etc, or to put pressure on ourselves to unfailingly demonstrate certain characterists. We can forgive ourselves for behaving in contradictory ways. Decision making is a little easier because we don't need to make a choice which fits with our inner truth. There is no one inner truth but an infinite number of previous experiences and future uncertainties which means there is no one right decision.

Instead of using the story we tell ourselves about who we are to guide us through life, it makes more sense to try to be open to our experiences as they take place and to be guided by them.